We invite you to review some of our recent projects. 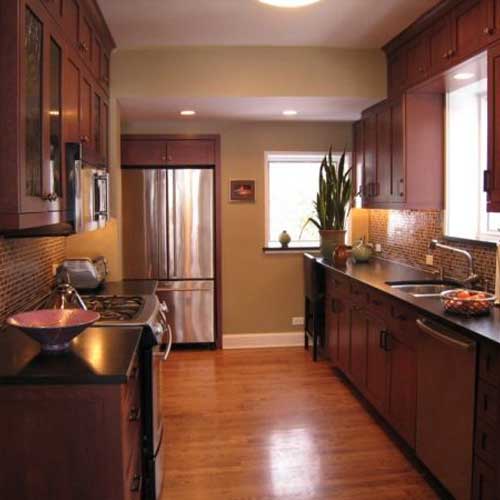 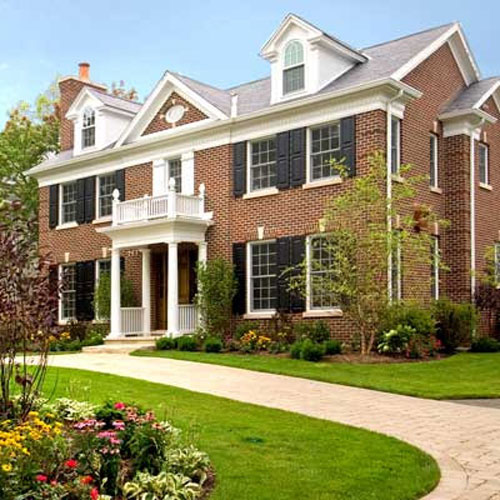 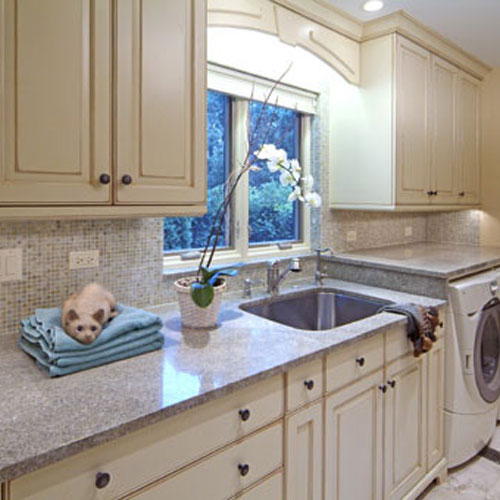 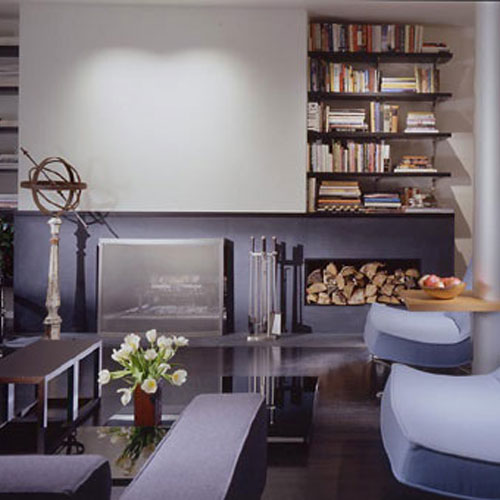 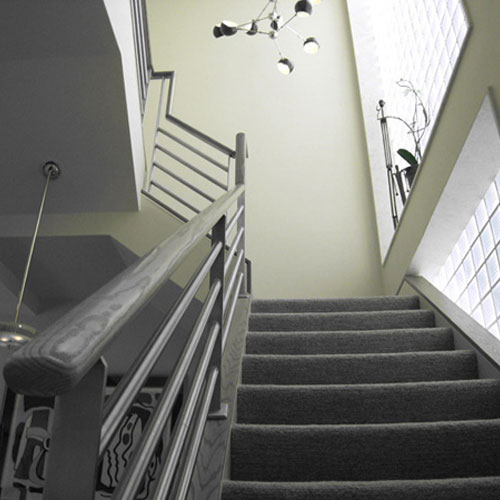 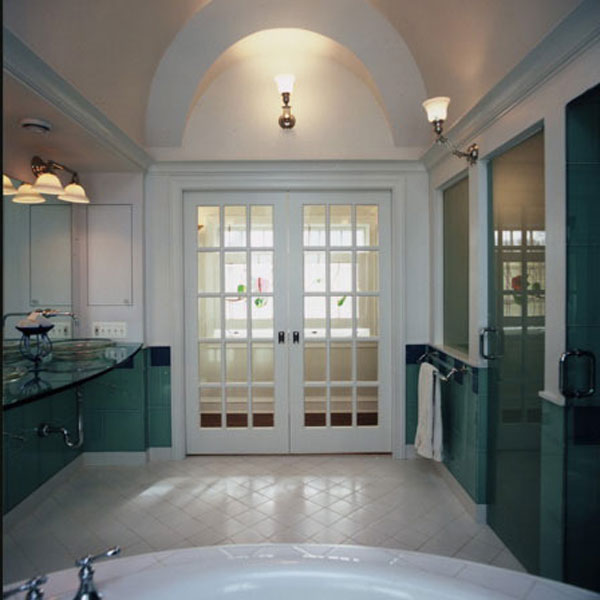 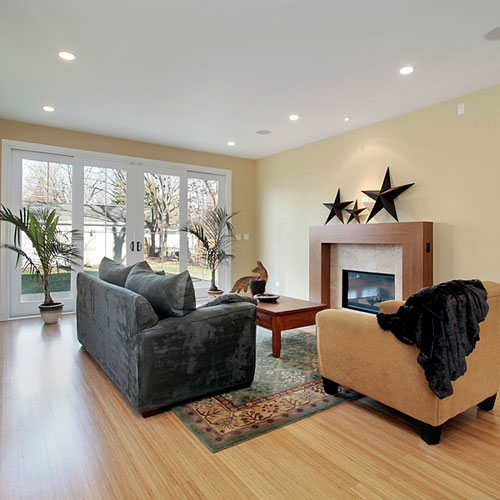 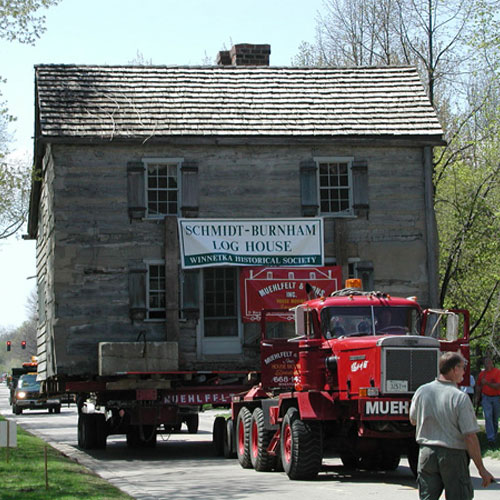 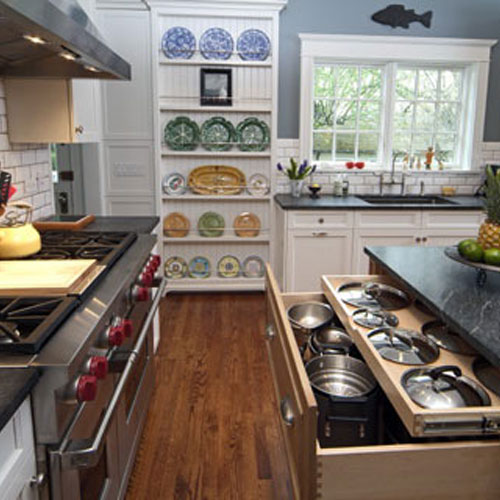 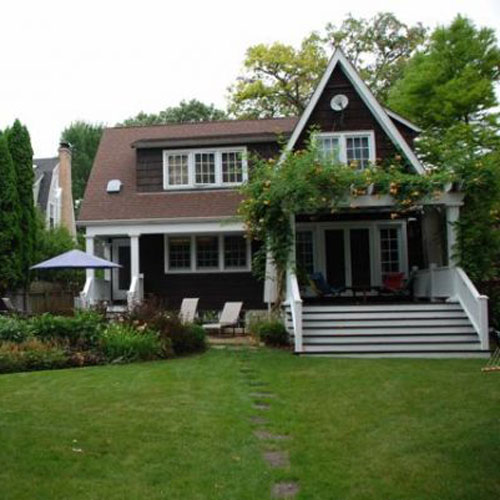 Renovation of a Galley Kitchen

The owners of this galley kitchen in a charming older home in Highland Park needed more storage and work space, and they wanted to make their tired old kitchen sparkle. They chose new stainless appliances, rich cherry stained cabinetry and glass tile in subtle shades of lavender, green and cream for the backsplash that encircles the room. The owners also wanted an eat-in counter or table which was impossible in such limited space.  They were persuaded to enlarge the doorway to the adjacent dining room and use that light filled room for eating.  Now the kitchen is pretty enough to be in view even during a dinner party - and the lady of the house has a single seat "desk" at the end of the kitchen counter for breakfast or tea or planning. 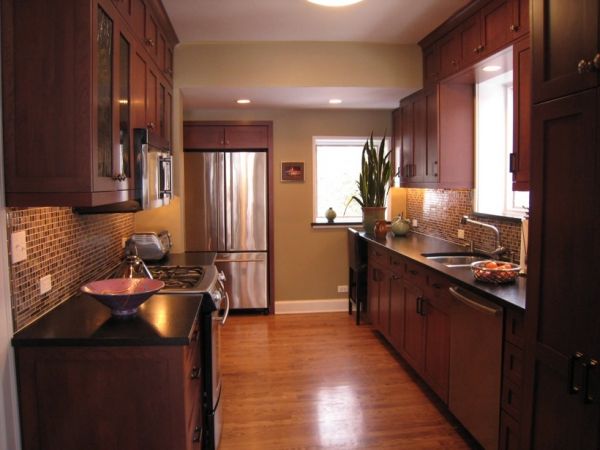 The owners of this Glencoe property hired Canada & Klein to design/build a large, luxurious, traditionally designed yet energy efficient and healthy family home. The Canada & Klein design team produced a home rich in classic North Shore Colonial style. Its Georgian Adam exterior is a fine example of the style. The typical floor plan was enhanced for today’s family. 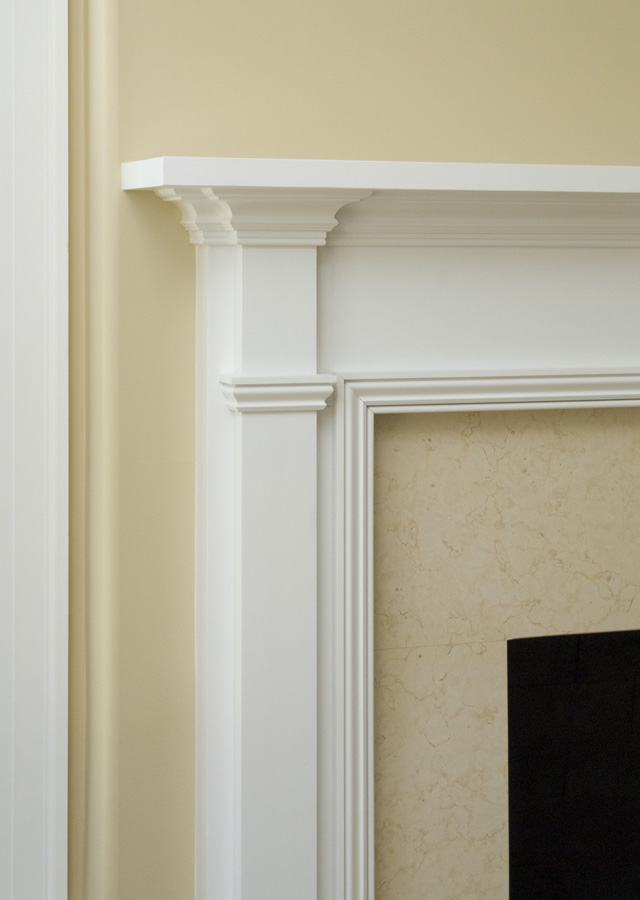 The owner of this classic Lincoln Park condominium retained an architect to design a major remodeling of the dilapidated unit. The building had great bones. The exterior was still beautiful, and the structure was sound. Some interior rooms were too large while others were too small. The owner, a designer himself, wanted a style and feel that gave him an elegant, spacious and functional home. Canada & Klein was asked to submit a proposal for the work and was selected as the general contractor by the owner. 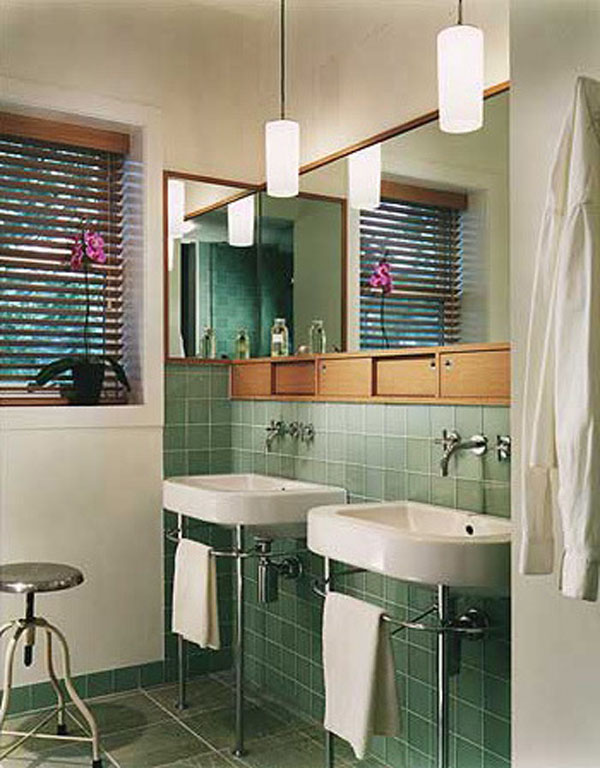 The owners of this striking contemporary house, which is characterized by the clean lines and soft corners of Art Deco, wanted more luxurious space for work and play. Canada & Klein Ltd. renovated the existing family room and constructed a 2,000 square foot addition which includes a lower level two-car garage. 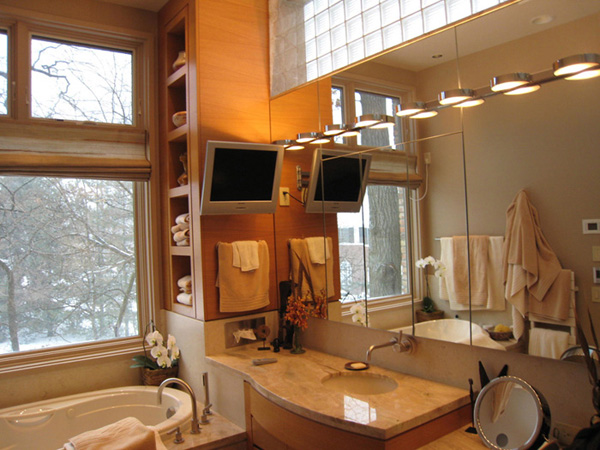 This 1950s Colonial style Skokie family home was worn out. Its layout and rooms reflected the era in which it was built. The owners, a family relocating from the Lincoln Park area of Chicago, needed more room and a house that reflected their busy lifestyle. Their architect prepared architectural plans creating a two story addition with master bedroom suite on the second floor, a much larger kitchen and family room n the first floor. Every room in the house was remodeld to some extent. Canada & Klein was asked to submit a proposal for the construction and was selected by the owners as their general contractor for the project. 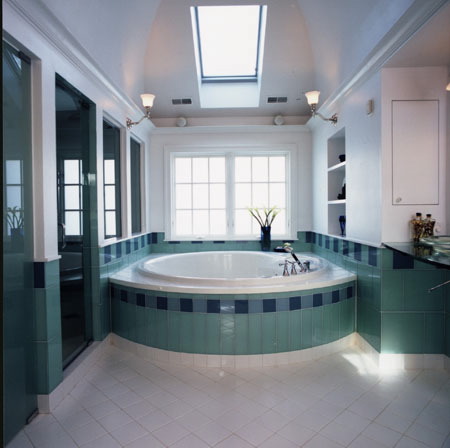 This suburban house, which was constructed in 2007, fits right in with the other family homes on its leafy street. The floor plan is as traditional as the exterior of this house, but the interior finishes reflect a contemporary aesthetic with clean lines and a monochromatic color scheme. Most extraordinary are the green technologies that were chosen to promote energy efficiency and health such as: 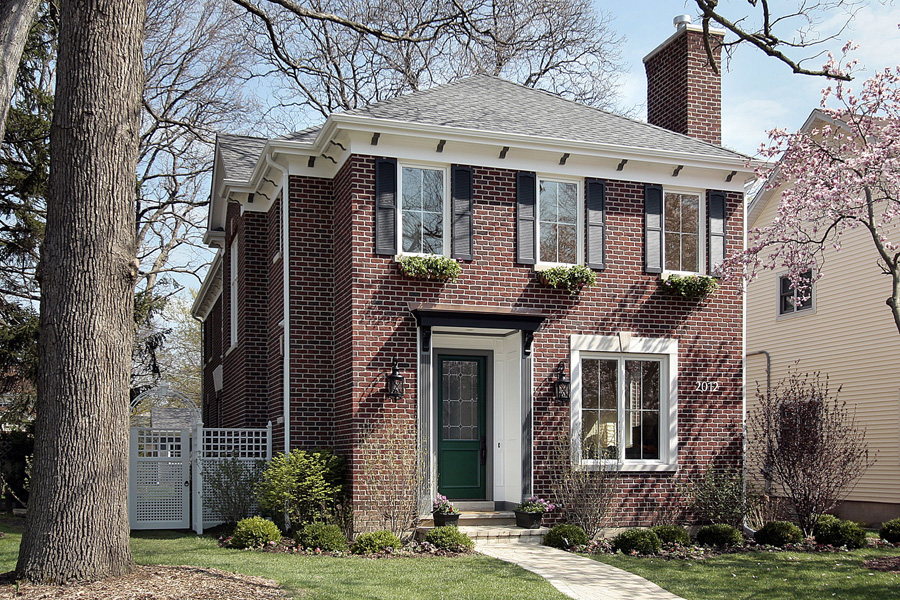 In 2004, Canada & Klein Ltd., was hired by the Winnetka Historical Society to act as general contractor for the relocation of an historically significant log house dating from 1837. A house-moving company transported the cabin two miles as townspeople turned out to watch. Before the cabin could be hoisted onto a trailer, it had to be stabilized and freed from its foundation by Canada & Klein carpenters. Water, gas and electric supplies dating from the mid-20th century were disconnected. Upon its arrival at a public park to serve as a museum of pioneer life, the cabin was reinstalled on a new foundation. Utilities were re-installed by Canada & Klein Ltd. as were federally mandated safety and accessibility features. 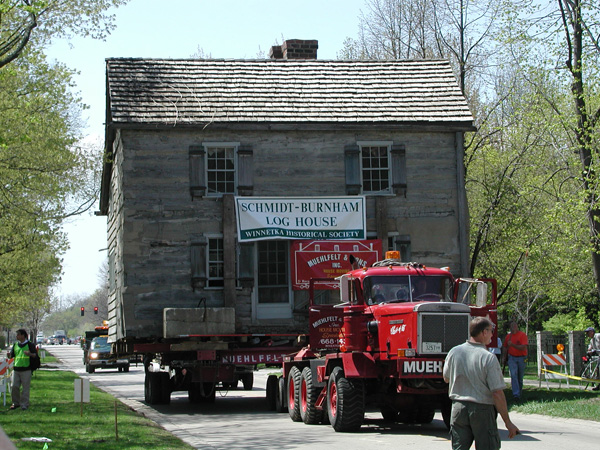 The owners of this 19th century Winnetka Landmark house wanted to update the existing 1970s kitchen and combine it with the adjacent breakfast area which had been a converted screen porch. The goal was to have a large, sunny, beautiful and efficient kitchen with a space for informal dining. The owners knew what they wanted and had confidence in their choices of cabinetry and finishes. They worked with Canada & Klein's design team to develop their ideas and refine their choices. The result of that collaboration is an elegant yet understated room that is suitable for entertaining and for the cooking that they take very seriously. 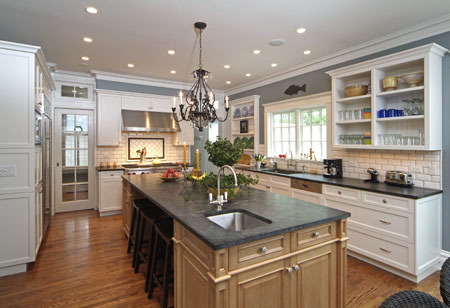 This 3,000 square foot, three and one-half bath family Winnetka home was formerly a one bath 1,800 square foot cottage that was well-loved but inadequate for the needs of the family of five who lived there. The Canada & Klein design team worked with the owners on a design-build basis to develop a three story addition that seamlessly added the additional space to the home. Each of the five rooms in the new space was of similar proportion; each window and trim detail matched the original. 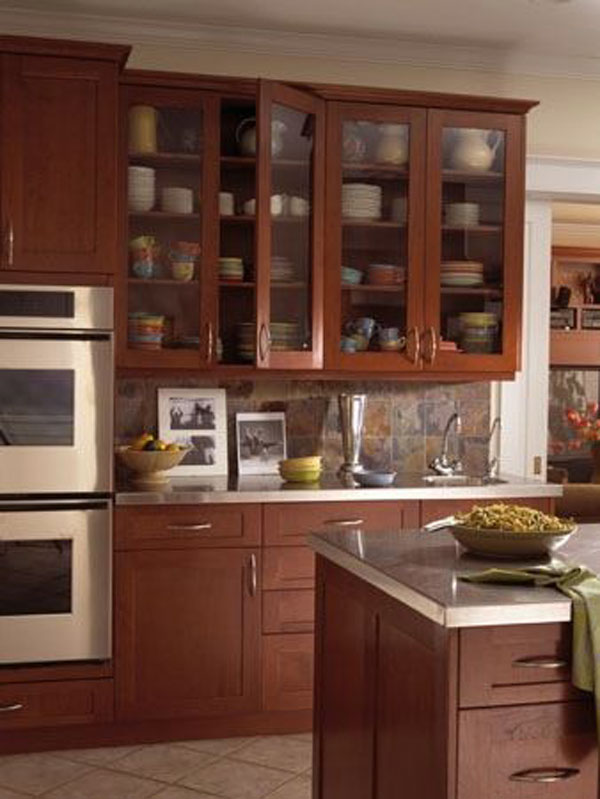 The 1960s era kitchen in this Highland Park home was inefficient and dated for the homeowners who often hosted large, formal dinner parties. The existing footprint was remodeled but the configuration changed to provide space for larger, professional type appliances and storage and work space for the owners' particular style of cooking and entertaining. A collaboration of the owners and the Canada & Klein design team produced an efficient, beautiful kitchen that fits in seamlessly with the French Provincial style and proportion of the existing North Shore home. 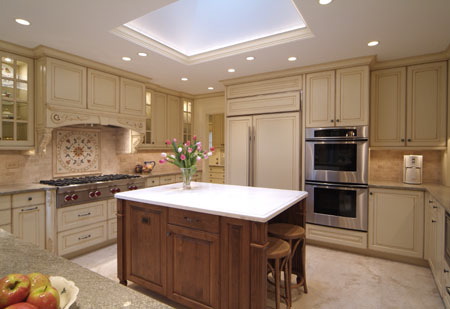